HomeArticlesVermonters Answer the Call to Recycle

Vermonters Answer the Call to Recycle

Call2Recycle’s expanded household battery recycling program, following Vermont’s first ever mandated primary (single-use) battery stewardship law has shown tremendous results since the program was launched in January this year. An expansion to its existing rechargeable program, the Call2Recycle program now has a total of 135 drop-off collection sites across the state of Vermont, making it even easier for Vermonters to recycle all of their spent household batteries.   “We are very excited about the results so far. Since regulation was enacted and the program launched in January, the state has seen a solid response from residents,” said Carl Smith, President and CEO of Call2Recycle, Inc.

The program was launched in the state’s capital city of Montpelier at the end of January and was followed by a comprehensive multimedia campaign to educate local residents about the benefits of battery recycling. While this outreach has contributed to garnering such results, it is through strategic partnerships with state and local solid waste districts that are instrumental in helping to driving the program at the community level. 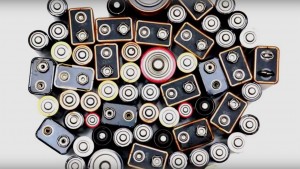 “The results are encouraging. For the first state in the US with primary battery stewardship, Call2Recycle was able to build on its rechargeable program to now offer a comprehensive all household battery recycling solution at no cost to the consumer,” Smith continued. “This increase is driven heavily by our expanded municipal program that now represents 72% of our collection base, up from 52% for the same time last year.”

And how has the Vermont community responded to the new initiative? “We’ve seen a very positive response, from consumers to collection sites. Residents have wanted to recycle primary batteries for years and this program gives them the ability to do that at no charge,” said Jen Hollidaym, chair and founder of the Vermont Product Stewardship Council.

Battery recycling accessibility has increased, with 96% of Vermont residents having a Call2Recycle collection site within 10 miles of their homes. The Call2Recycle program in Vermont counts 31 responsible primary battery producers among its stewards.