HomeArticlesAustin Residents Checked Out Books and Checked In Your Batteries!

Austin Residents Checked Out Books and Checked In Your Batteries! 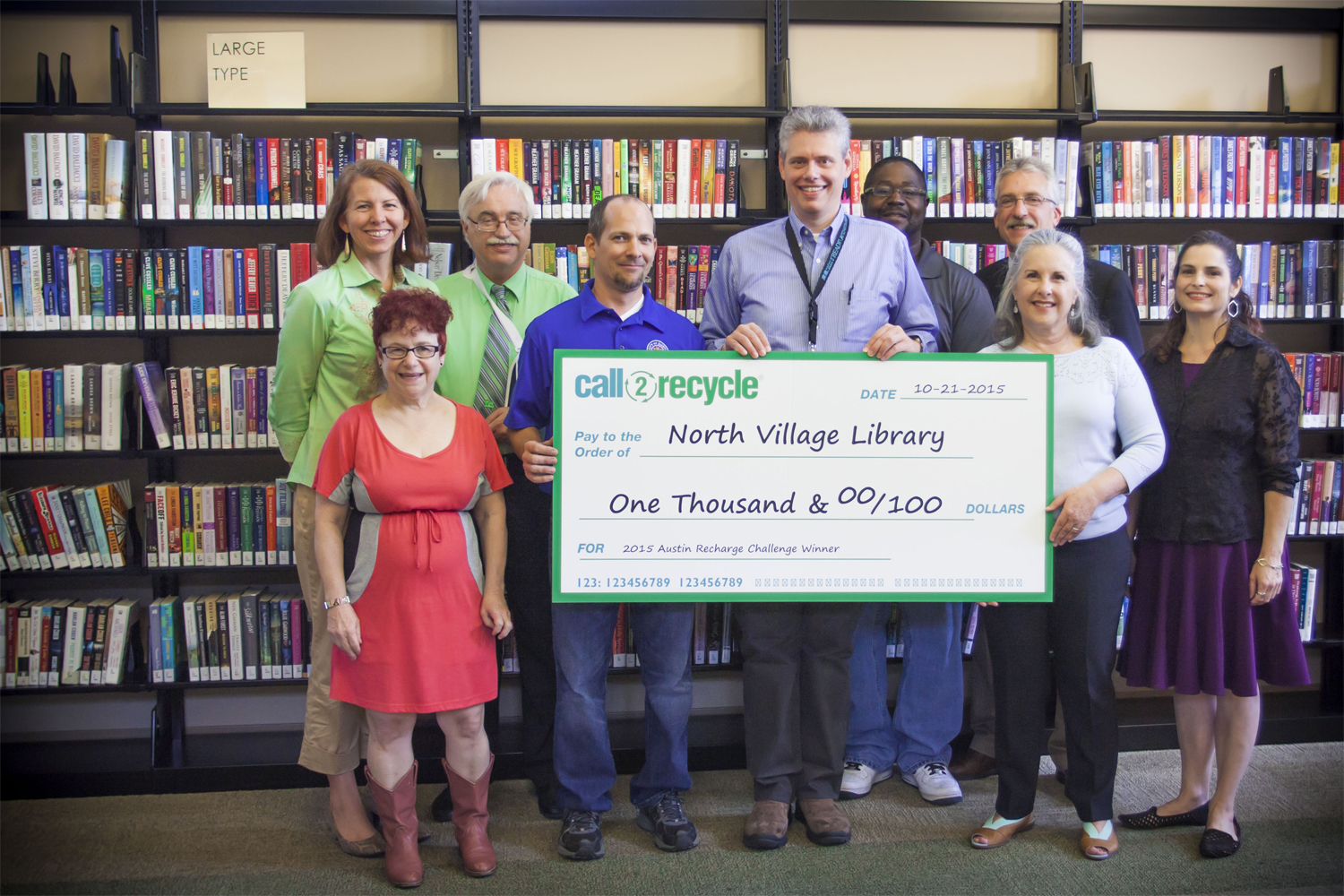 View the challenge results summary in this infographic

To increase consumer awareness about the importance of battery recycling to the environment, the City of Austin, Texas, and Call2Recycle sponsored the Austin Recharge Challenge from Aug. 17 to Sept. 18. City residents were asked to bring their used single-use and rechargeable batteries to one of 21 neighborhood library branches or other Call2Recycle drop-off locations.

The campaign was a tremendous success, with almost 6,000 lbs. (2,722 kg.) of batteries collected in just four weeks. The North Village library branch won the challenge by collecting 1,042 lbs. (473 kg.) of batteries, followed closely by Spicewood Springs with almost 900 lbs. (408 kg.). As the top battery collector for the challenge, North Village was awarded a $1,000 grant to be used for a sustainable project such as a bike rack or outdoor bench.

“The Austin community showed its strong sense of community spirit by recycling used batteries to help its library system,” said Tim Warren, account manager, Call2Recycle. “Because participation increased this year, we were able to collect more batteries than last year. The word about battery recycling continues to spread.”

Austin ships up to 2,000 lbs. (907 kg.) of rechargeable batteries per month to Call2Recycle, an amount that almost tripled during the four-week campaign. Since 1999, Austin’s residents have recycled more than 460,000 lbs. (207,292 kg.) of batteries through its recycling program. The campaign is part of the city’s Zero Waste Master Plan, which aims to reduce the amount of trash sent to landfills by 90% by 2040.